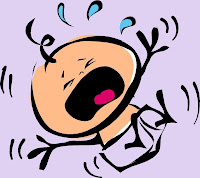 Humans- Declaring my stance on them

I know.. this is a LOOOOOoooOOOOOooooOOOOoooOOOng entry full of text and no doubt it's going to be really boring.

But I showed this my fellow blogger before posting it (malee) and asked her opinion.. she simply said "hamuduruwangen bana ahuwa wage" .. so yeah.. it's boring.

But just posting it :)


All beings of humanity are simple-minded and ignorant. Short-sighted, confused and oblivious. By definition, we are all idiots, and denial of and oblivion to our own idiocy is further idiocy in itself. My own growing up was the process of learning and personally coming to terms with this, the plain truth of the world.

Humanity are, arguably, a step up from animals, intelligent enough to come up with all matter of invention, and appreciate an awareness of themselves and the capacities of their brains; but not intelligent enough to seek anything worth seeking, and always working towards their own destruction. Many millions of years before the world becomes naturally uninhabitable, we will have died out, killed ourselves out, committed suicide in our own idiocy. What will become of the world? How many millions upon billions of years will the universe drift on, lifeless, until some miraculous occurance again chances the development of some doomed, idiotic lifeforms, or perhaps, an optimist might imagine, one more intelligent than us humans, to live out their life without meaning, to be for the simple purpose of being? It is not worth the time of day to ponder these things, and my intention is not for you to contemplate such an irrelevant matter.

In the days of our youth, we are presented a simple, idealistic world, perhaps in the hopes that these lies will install in us all some hope, some faith in humanity that may last us through our adulthood, for the better of the world, for progressing, more meritorious generations, and for a brighter future. Of course this is an unrealistic notion. All this dies out in our education, as we naturally collect knowledge from those around us. We lose hope in anything but ourselves, and many of us, in ourselves. We reach for whatever we can, searching for some purpose. Some cling to money, some to religion, some to further education, but in the end nothing is achieved, and we simply live out our lives as any other meaningless creature on this earth. But, I am becoming derailed.

I do not see myself as a pessimist. One who, by definition, sees the worst in everything, is incapable of believing in things good; I believe myself to simply be a realist. I see things as they are, and as they are, there is little good to be seen. However, I do not see this as cause to despair. I am positive of nature. Not an optimist, believing in the general goodness of mankind, that justice will always be achieved in eventuality; I am simply a critical sanguine. I see the world for what it is, deal with it, and find a happiness not in reality, nor in unreality, in dreams, ideals or hopes; simply in itself. Happiness can only be found in itself, if it is to be in any way true. Happiness in anything else is a careful construction of lies. But in a world of ignorance, it is arguable that there need be little differentiation between such false happiness and true happiness. I suppose it comes to personal preference, and I have made mine clear.

If you are under the impression by now that I view myself as superior to rest of the human race, or even a large majority of it, I would like to make it clear right now that this is by far, a false assumption. I see all the world as equally stupid. Not necessarily in the same way. We all have strengths and we all have flaws. But in weighing up, we are all as stupid, in one way or another, as each other, myself included.

My intention was just to share with you my own view point of "things". which includes many of the mortal things as well as how I see GOD and all it's cumulative conspiracies. Every human on this earth has a story to tell, however effectively they can tell it. None is more worth hearing more than any other, and this is not of particular relevance or importance to yourself.

These things are simply to be written for the sake of being written, just as we live for the sake of living and must find happiness for the sake of happiness. It’s a story of learning by the primitive process of trial and error. Defining existence by the process of elimination, abolishing all foolish belief in the significance of concepts such as sentiment and spirituality in defining the meaning of life.

Of course the clear and logical solution is that there is no meaning, as I feel I have already effectively established.

But I highly doubt this as any simple minded male ignorance either.
Posted by Nash_Node at 1:47 PM 3 comments:

According to some cynical commenter .. :-) I can't write happy stuff... tut, tut.. what a load of ox crap. I can write many many happy things. Just see for your self.

When i was younger, I went to bed with stories of princesses in pink dresses, even though I hated pink. but the princesses had 'happily ever after and found 'true love'. There was 'magic' involved, and in the end, everyone was 'happy'.

The only thing out of those I still believe in is that everyone gets a happy ending.

Don't make me lose my faith in that. please. But I doubt you can make me loose it either.


However, I remember my favorite shirt used to be perfect.... when I was a young tad that was.

It was white and I, in a moment of clumsiness, spilled so Coca-Kola on it.

I spent hours trying to get that stain out. I washed and scrubbed and got my mum to bleach that shirt, all for nothing.

It made me realize that some stains aren't meant to come out. maybe some just can't.

Shezzz.. so much for my happy entry !

But look at the brighter side of things, I at least understood that life's a bitch most of the time !

A friend of mine died.

Captain (Dr.) Mäga Thuiakontha – Yes a Christian Tamil.. pronounced as (මෙග තුයියකොන්තා) a Doctor who was attached to the Army operations. A class mate of mine and one of my good friends whom we always use to make fun of his name.

A bullet had went right through his face and had completely shattered his skull... the simple end result was a sealed coffin. Yet, the wounded soldier he was treating at the time is alive and he was in the funeral procession aided by clutches.

I am not a person who cry at a loss of mine, hence I didn't cry... but felt nothing but proud to have known such a man who laid his life down to the people of this country and it's freedom (of which way I would not argue here)

There was a small piece of paper.. framed and stood on top of his coffin. It was the last letter he wrote his mother 3 weeks back. Apart from the usual details of his... this was what he had said to his mother.

Even though I walk through the valley of the shadow of death, I fear no evil, I fear no hurt, I fear no remorse, I fear no sin, I fear no Man, I fear no enemy, I fear no DEATH. For I serve my brothers in arms regardless of my kith and kin. I save lives, I never take any, For THAT ma, I know GOD has a place for me with him.

Be it my own or the enemy.. I will save them, for LIFE is the most important thing God has given man and I will till my dying day, my dying moment... till my soul is embraced by god him self.. that's what I will do.

Amaliya (his fiancée) is scared. Comfort her for me. You are the only one she would trust and rely on to get her through. But in any event if god has other plans for me, make her understand that she loved a man who saw no difference in the blood we all share and he was someone who fell with the blood of his patient in his hand...not with a gun and hatred in his heart.

Make sure you show her a life after me and make sure she lives it. Let her know that I will await for her at the other side of the dark tunnel.

May you rest in peace brother.

Something I wrote long time ago


Why do you need painkillers ?

Pain is a suffering which has no static boundaries or set parameters.

Pain transcends beyond physical attributes of a person and can sink deep into the core melting point of any living human.

People in general are stupid, irrational and selfish. They inflict another person with such pain and suffering of immense magnitude without even realizing for a god damn nano second that you might be KILLING the "other" person...who is /was and will be an unlucky bastard to be at the receiving end of all.

I hate and despise such people, such people who are inconsiderate to the "other" persons feelings. I can simply write off "Those" people as a mutation in the Human Gene Pool... REMOVE THEM..wipe them off from the face of the earth.... for fuck sake ! .. such people are diluting the goodness which was evolved through millanias of evolution and fucking the human behavioral instincts and systems.

Don't give me pain. I don't want it and I don't like it. I am neither a sadomasochist nor endorse such behavior at any given point in my life. But when you push me over the edge of buffer zone, I get violent. And when I get violent, I am not a pretty site to be around !

I love chaos, I love it like their is nothing else in the world to me, but I am a very dangerous and unstable person with a disease of the mind and a uncontrollable body when in rage. So I beg you to be prompt and decisive about the things you do and not let them escalate into life and death situations.

So leave me alone, I don't want PAIN from "YOU" and don't fucking piss me off.

But coming to the first topic " How do you KILL pain ? "

You can't KILL pain, you simply have to withstand it by all means. (without loosing your temper) or start hammering down each and every bitch and bastard in your scope of view !
Posted by Nash_Node at 6:24 PM 8 comments: 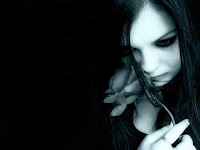 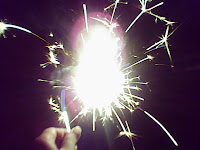 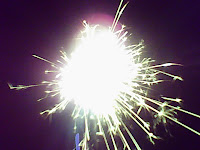 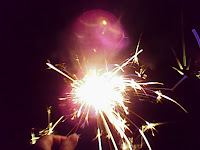 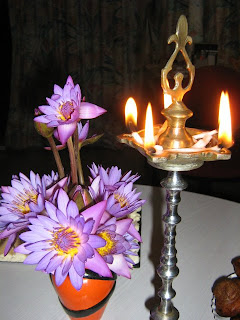