I believe it was the Bother Grim's who penned down the story Snow White.


I heard the story countless times and watched / seen it on television either with real humans or cartoons.. yadi yadi ya...

But, when I was around 16 or 17... I ran across one of my old Fairy tale books and read this story again.... and I asked my self / and the book one question which I never got the real answer to.

The Queen ... Why does she hate Snow White ?

Mirror Mirror on the wall ????? ... so, when the mirror says Snow White is beautiful.. she automatically hates the little princess ?

But WHY ? .. I mean, she was the queen right? . she had the total executive powers, the defense forces and the entire government by her side.. YET.. she hated and loathed one little girl who was beautiful than her?

I believe it was about jealousy and the knowledge of someone is more appreciated than you. The fear of accepting the truth had driven the queen totally mad enough in trying to kill a little innocent girl. Not once... not twice but three times she tried to kill her.

Sheer envy, jealousy, vanity and the fear of accepting the truth of people which is portrayed by the Mirror.

For all this time, I had my doubts on all the stories I heard as well I preached over here in Elakiri as well.. But from last night.. I know Mahinda had lost the elections

This guy had gone absolutely wild and crazy now. Blinded by the pure rage and hatred of knowing that he's clinging onto something that does not belong to him.

Its just sad to see this idiot had dragged back our countries hard earned democracy to the level of Taliban's !
Posted by Nash_Node at 11:54 AM 10 comments:

God Vs Satan - A comical take on the old rivalry with modern touch at the end.

Sure, as I said, this going to be a sort of FUN.. a sort of a inspirational story from someone else that I try to cut down and remix for the sake of all readers. But I do promise that this is going to be fun if you are a sort of a person who looks at things without coloured glasses and........of course someone with a sense of humor

According to Christianity, Satan is the epitome and embodiment of all evil things, described as "the father of all lies" in the Catholic Church's Catechism (paragraph 391). It is his works that tempt humans into doing bad deeds. If something evil occurs, we can be assured that Satan had something to do with it.

According to Catholicism, Satan only exists because God allows him to This raises some serious issues about how righteous God can be if he allows evil to exist, but I digress. Satan, as the story goes, began as the angel Lucifer, who outrightly rejected God and rebelled against him. God cast Lucifer and those who followed him into Hell, a place of eternal torture and despair, where God was not present.


Like any good propaganda machine, Christian authorities have made sure to limit the discrimination of information on the enemy (Satan) to what they want the public to know.


For example, we are never told why Satan rebelled against God. We're never given his side of the story. Were Satan's reasons for rejecting God and attempting to overthrow him legitimate? From where I'm standing, they could certainly be considered valid if the authorities see fit to hide them from the general public.


For example, the Catechism of the Catholic Church, the book that outlines Catholic beliefs in detail, has barely half a column in its index devoted to Satan and information on him, where as Jesus Christ has a full 6 pages! Sound like a propaganda machine to you, yet?


Christian authorities have made some big mistakes with their anti-Satan propaganda machine, however. Since there is so little information available about Satan, there is no record of anything he's done or any way to connect events to him.


A good example are the events of September 11. Within weeks, a doctored picture was floating around the internet showing Satan's face in the clouds of smoke and debris eminating from the two towers, thus unfairly making Satan out to be responsible for these tragedies.

The only evidence we have to conclude Satan's utter evil is God's word, and frankly, God's word isn't worth too much.He's shown a remarkable inconsistency in his actions and words, and he's hardly above lying or dishonest conduct.


God lies to prophets. Why should anyone take his word at face value if he has no problem with lying to us for no reason other than to have an excuse to condemn us to Hell?


Who's more evil? God or Satan? How can we determine this? Well, it's a simple matter of looking at the actions of both God and Satan. Who's commited more evil acts? Who's done more harm to humanity? Who's been the most oppressive? Is Satan really as bad as the Christian Smear Campaign makes him out to be? Let's find out...

•God takes away Adam and Eve's eternal life, thus commiting the first murder, and holds their descendants responsible and visiting Adam and Eve's punishment down on their children. In today's moral standards, the sins of the father die with the father.

•God destroys all life on Earth in a great flood, except for a drunk (Noah) and his family, for failing to worship him.

•God's tenth plague upon the Israelites was the unjustified murder of all firstborn sons in Egypt, which undoubtedly included little children.

•Before sending the plagues to Egypt, God "hardened Pharaoh's heart" so that he wouldn't let the Israelites go, so he could have an excuse to visit horrible plagues upon them, like boils, killing cattle and murdering all firstborn sons. (Exodus 4:21)

•God orders the Levites to kill their "every man and his neighnor" for worshipping another god. This cost 3000 lives. (Exodus 32:27)

•God sends a plague to the Israelites, apparently feeling that mass-butchery wasn't enough of a punishment. (Exodus 32:35)

•God kills Onan for refusing to impregnate his late brother's (whom God also slew) wife and instead "spilling his seed on the ground." (Genesis 38:8-10)

•God kills the entire populations of Soddom and Gammorah (again, including women, children and infants) for practicing certain sexual techniques.

•God gives all Philistines hemorrhoids in their pubic areas. (1 Samuel 5:9)

•God approves of slavery, and instructs owners to beat their slaves. (Proverbs 29:19)

•And, finally, God makes sure that if you are guilty of even the smallest transgression, you shall suffer endlessly for all eternity, following a dramatic homecoming for Jesus, who will be extremely pissed off at everyone for putting him to death, even though it was just the Romans and even though he knew what was going to happen beforehand, and he could have easily avoided it by using his power as God to perform a miracle and prove who he was. (See the entire book of Revelation)


• Satan, like Prometheus, gave knowledge to humanity by giving Eve the fruit from the forbidden tree. Because of Satan, humanity gained knowledge of good and evil, according to Genesis. Since we couldn't have possessed knowledge of good and evil before eating the fruit, Adam and Eve couldn't have known that eating the fruit was evil, so it seems a little harsh to punish them as severely as God did. Satan gave humans true capacity for moral judgment, unlike God, who simply expected everyone to mindlessly obey his orders.

•There is no biblical record of Satan engaging in the murder of torture of any human being, unlike God, who is guilty (and proudly guilty) of commiting genocide.

•There is no biblical record of Satan ever ordering someone to kill someone else, unlike God, who has repeatedly demanded the deaths of those who commit even the smallest of offenses.

•Satan will not be holding a massively dramatic ceremony full of blood and death for the return of his son to Earth. God apparently will.


It doesn't take a mathematician to add up and compare God and Satan's respective body counts. God has, after all, killed billions of people in a great flood.

Satan never did anything like that. What was the only thing Satan did "wrong"? He rebelled against God, but wouldn't you? Look at what kind of a God he is! He needlessly murders people in nearly every book and passage of the Old Testament! He created an entire race of people for the sole purpose of catoring to his own ego, and then gets mad when we don't live up to our appointed role in life or question one of his decisions! He is a ruthless, dictatorial, narcissistic, sociopathic mass murderer.

If I go to Hell for not worshipping him, so much the better. I'd rather spend eternity with Satan, someone who hasn't treated the human race like disposable garbage, someone who has given knowledge to humanity rather than trying to suppress it.


It's time to stop this needless slandering of Satan's name. Satan has done nothing to deserve it. He hasn't killed anyone, publicly exonerated slavery, demanded our worship or threatened us with eternal damnation for not doing his bidding. It is God who is guilty of all these crimes. Satan's done nothing but rebel against a repugnant unjust authority figure, and he gets eternal damnation and association and blame for all evil on Earth!

Satan stood up to an all powerful narcissist who made it clear that he never would change his mind on any issue. The Christian Smear Campaign toward Satan is completely unwarranted. Maybe, before criticizing Satan, they should look at the God they worship.

Is Satan really a bad guy? Certainly not in comparison to God. In fact, I'd much rather have Satan running things. He just can't be worse than God. 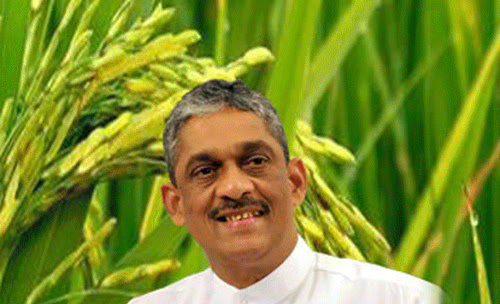