I have zero tolerance for bullying and harassment and make no apologies for my impatience with such narcissistic cowardice.

Racism is its own special brand and those that spew, facilitate, and proliferate this hatred are so awash in flames that they cannot help but share their misery in weak attempts to drag others into their bath of fire. As with any injustice, there are times to let things slide and times when one must resolutely stand and fight. Without question, when called for, this fight is unequivocally worth fighting.

In my short time on this planet, I’ve learned that unfounded hatred, bitterness, and resentment attracts nothing more than like minds. There exist individuals who actually believe that they can intimidate, threaten, and silence anyone they choose - and get away with it.

They thought wrong. Neither those who possess this deep-seated hatred and willingness to act on such hostility, nor those who selfishly use such dementedness for their own petty gain should ever be feared. These truly gutless individuals, who believe that endangering the health, safety, and lives of others, as if it were a game to them, do not realize that those they freely attack only become stronger and more resolute. Again, I have learned that any individual can truly be stronger than an entire lot of weak-minded fools.

Antoine de Saint-Exupery wrote, "It is only with the heart that one can see rightly; what is essential is invisible to the eye." It is a quote that is ironically often misused out of our own tunnel vision and frustration that others do not share our particular viewpoint or character judgment.

However, this does not dilute the truthfulness behind Saint-Exupery's assertion, for what is essential one cannot see and therefore ignorance serves as no excuse. Unfortunately, there are those whose ugly actions prove a belief in power by intimidation. With great passion, I have always asserted this can be effectively countered by the power of the people, for the pen will always be mightier.
Posted by Nash_Node at 10:26 AM 3 comments:

"Someone " (guess who) .. told me that I should do an open self confession.. ultimately it is suppose to help you understand your self better and accept your self for who you are.

Hi, My name is Nash_Node ! .. and I am a Dipsomaniac to start with ! I have an uncontrollable dependence on Smoking to release tension. I have Impulsive Behavior Disorder, I am born with 60% LOW Latent Inhibition disorder, coupled with my IQ, I stand as a rival to Michel Scofiled in Prison Break :) (Basically I process incredible amounts of information in my mind than an average person.. sometimes it's a pain when you get bombarded by too much information in too little time to process all of em)

I am a thinker more than a writer. I have a moderate skill writing what's in mind when I want too. I can be described as an insensitive asshole most of the time by outsiders but I care for the well being of people close to my hearts neighborhood than they can ever imagine. I am an animal lover but never "much" appreciate DOGS !

I have good people skills, I can buy a diamond to the price of peanuts and sell peanuts for the price of diamonds when I want to. I am hard to make friends with and I find it hard to make any good friends my self.

I am not much of a nature lover but I love nature's pure alcohol ! I don't mind the bees buzzing and birds singing, but I treasure quietness and piece of mind very much ! .. I love R&B and soul music. I am not a "hater" of Rock music or anything loud... but I prefer not to bother my ears with them.

That's about me :-) .. full filling the obligation of making some she-moron happy ! .

but then again !, I guess many of you reading this are of no different than me except for the first para.

A 9 yr old girl Dakshini is in a critical stage,suffering frm blood cancer. Her father needs 20lks for operation.All networks agreed to give 10 cents for each msg. Pls frwd this sms now to at least 10 ppl. SMS now. with your kind heart, many good things will come back to your life in return. 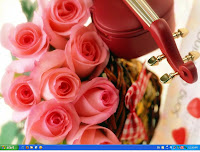 A little funny thing I came to when I was in Kandy .. yesterday.

I had to go to the Municipal Council to sort out something and this is what my contact there said to me.

Funny at first ! .. but that's how low the public service had fallen in the eyes of commoners in Sri Lanka now ! 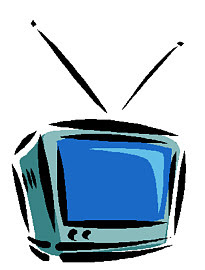