Life and it's review

Phew, I was missing in action for a long time eh? :O

Life during the past few months had been a mix match of different emotions.... Rage, Hate, Love, Depression, Utter surprises, Running around the world.. but surprisingly no Crazy ass lunatic things happened.

Funny enough as they say behind every successful man there's a woman.. and in a more twisted note, there's a little 10 year old girl behind every Utterly surprised and bewildered man as well. In my case it's this (picture below) little girl was the cause of all the turmoil, yet she was also the cause of the most beautiful time I have spent wrapped up in a cozy blanket of love with a sense of family. 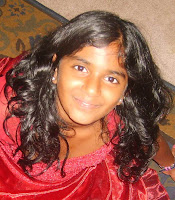 She's gorgeous, incredibly smart, so so sweet but the most manipulative twisted rascal 10 year old I have ever met. She's the type who would throw a bitchfit at 3 am in the morning to go out for a early morning snack in an all night restaurant and would give the biggest sloppiest kiss on your cheek to make up for all your trouble after everything ! .. but, I love her and her mum like hell as well !

So, yeah, I had to put up with two of the most sweetest girls I have ever met in my life.... but those two also were the most twisted and unpredictable human beings I have met in my life as well.

Rage - ... rage of having to come back alone. Crossing 1000's of miles and Oceans leaving those two took a better part of my man strength to keep a straight face all the way here. But, technology geared enough so that I can get my self stuck on MSN with these two every morning from 8 am - 12 noon. That also says that I am not getting any work done half the day either. So work pressure is building up and deadlines are really throwing heavy sharp ballistic objects at me with great speeds.... still, how can I stop spending my time with these two cute rascals :(

Out of the boring life I counted after coming back, there are only three noticeable things that worth mentioning and putting into words.

The so called mountain is situated in Kurunegala, Weuda area.... 1.5 KM 4x4 ride into the mountain half way up.. and from there on wards a fucking 75 degree vertical climb to the top of the mountain and a cozy little bungalow type that is owned by a friend of mine. .. the place even got a damn fireplace as well :) .. imagine that !

The worst / best part of the whole trip was the four "kithul" tree's bordering the house it self and Local "Kasia" is distilled the next door !

Many people boast of their alcoholism, but sadly... all I can say is that.. I spent 3 days in that place and I only remember day 1 Lunch.. and day three Lunch before climbing down the mountain to head back to CMB. Between that, I cannot recall how much I drank, smoked (weed) or WHAT THE HELL HAPPENED ! .

Other than that... there was lot of unexplainable items still waiting to be deciphered. The strangest of them all is a old rubber slipper with blood on it (really.. what the fuck do you think it is? .. I just can't even imagine)


2. Finding a job for someone.

There is this stupid ass girl I know ! (ok.. she's not entirely stupid) .. she's loving, caring, sweet and the best pal you can ask in a girl to be.

I mean.. who .. what.. arrhhh... I am depressed. The truth is, after I put out the word.. I am getting info on job openings almost every day and so far more than close to 30 I got news of. ... but I simply define them as "she's not going to like this.. or her parents will not be interested"

This of course is a WOMAN ! .. call me a sexist and brand my ass with a hot iron, but I hold on to my revelation that women are absolute fucking nutters when it comes to speaking... and NON-STOP in that as well.

Last night, I was out with a friend of mine and somehow, we ended up in Galleface Hotel's Sea Spray restaurant around 11 pm. And next to our table came and sat down two women. One looked around 30 and the other was around 25 and very well could have taken home for a one night stand if we wanted and gave a "little" try (how do I know that they are one night stand applicants... well.. call it experience)

But this one woman... she started talking... and it first we actually didn't noticed it. But my friend nudged me and said. "dude, that girl doesn't breath" ..

So against all my due reservation of being a gentleman, I eavesdropped.......... and I swear on my grand fathers grave that.. that girl didn't stop stalking for nearly 15 minutes and I could never figure up on where did she paused to take a breath. !

Just as a smell or a sound.. when the human mind hears, smells the same thing over and over again .. it tends to let go of informing the brain that there's such a thing going on.. like wise.. we basically failed to hear a single word she said even though she was just the next table.. simply our BRAIN refused to register a single word of it ! 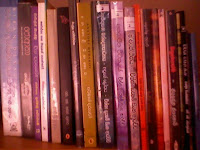 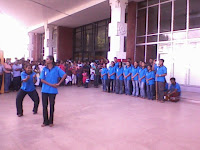