Old timers are making a come back ! .. and they are doing it big time!

I am talking about the music business of cource.

From Lionel Richie, Michal Jackson to Biggie (Notorious B.I.G), are making a come back with a big bang and undoubtedly with vengeance for all the time they lost.

My heart just melted listening to the beautiful voice of Lionel Richie doing "Just go..feat Akon"... It was one of those voices which kept me going through my adolescent years. "Party all night", "Around the world", "Say you say me" .. are some of those songs which are etched into the most deepest part of my memory as beautiful, gorgeous and amazing songs which got me through from morning to night !

Richie did try it out with Enrique some time ago.. but obviously it didn't work out.... of cource I still have my own reservations on "WHY" did he have to join up with Akon to produce new music? Lionel Richie's voice is one of those I consider as pure and incredibly toned with age and experience. He would have coughed and still made it sound beautiful. Lolz !

Taking a look at the new Album... of cource I see it as one of the best of his career to come out. It got some fascinating songs with incredible harmony and a pure treat to R&B & Soul music.

Not following far behind !... The Spokes person for the people who cut off their noses to spite their faces !..

Wacko Jacko ! .. although the whole world seems to throw slanders at this guy's life... non can ever say anything against his voice and music !

The new single (again featuring Akon) "Hold My Hand" ... just brilliant !.. one of those real eternal love songs which will live in the annals of music lovers to refer when you need to make that special request to the girl you love... to say how much you love her.. and to say how much you want her to hold your hand !

I don't know whether it's a Jinx when it comes to Akon, every song this guy butts in seems to be a masterpiece of work. Although.. again, I still say Michael could have done the job single handedly with his amazing voice and music without another nigger hanging by !

So, yes...I am waiting with great anticipation till this album comes up ! .. no Rapidshare or Torrents for this one... This album ... I am going to BUY THE ORIGINAL paying a thumping amount. It's not for the money.. but the love of those two great musicians. (Already bought Lionel Richie's' album)

Next in line.. Biggie. 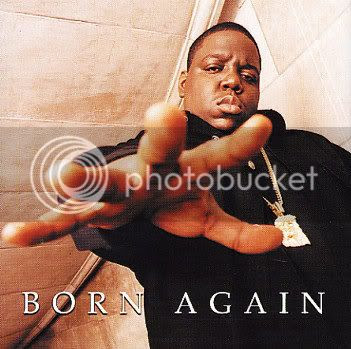 I don't know whether it's the new film or just his music got some revitalization all of a sudden.. but the dead man walking seems to be doing great now adays.

I remember bounsing to "Hypnotizing" way back in my school days.. and my friend "Gayan" and I use to refer on each other as "papa and puff" .. (maaan.. those were the days)

I don't know if you chaps will trust me, but I can actually lipsync to "California love- Dre" , "Hypnotizing and Notoriouse-Biggie" those days. Though I can never sing even if my life depends on it... I still could lipsync with em !

His lyrics were hype..while 2 pacs' were the real deal ! .. but, being the man I was, I hailed Biggie. Yes... the greatest rapper to be alive.. closly contested by 2 Pac and Buster Rhyms !

Yep.. Buster Rhyms.. the fastest rapper in the world next to Rebel XD of Born Thugs and Harmony! .. and it's no wonder that no one can imitate any of his song.. lolz !

And I am sure many people who had followed my posts in this blog and in Elakiri might have never though I know so much about Rap music eh?... HELLZzz yeah I know ! .. I may look like one of those faggot ass upright dickheads.. but when it comes to knowing about the things I love.. duuuuude.. I know than the Wiki.

So, yes... other than my boring obesssion on R&B, Soul music... I love Rap .. but Rap from the likes of Born Thugs & Harmony, Busta Rhymes,2 Pac.... and of course Notorious Biggie.

Anyways.... I love to hear all those old voices coming back into the scene.. and showing these new kids on the block of how Rap is suppose to be...how R&B is suppose to sound like.. and how your voice suppose to woo people rather than screaming their socks off !

If my world to be perfect... I want another three people to make an entry to the music scene again.

And for me to die happily with a smile on my face.. I want to see a song with all these three people... with Eric Clapton on Music, Kenneth Edmond on Lyrics and Michal Bolton on Voice ! ...................maaaaaaaan.. that will be the benchmark for heavenly music !