Branded as a Lunatic - OFFICIALLY. 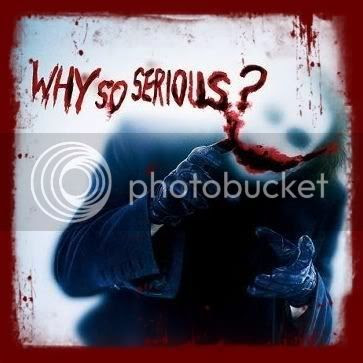 It's an age old rivalry ... between the Gods and the Demons !

It's a rivalry of Titans !

It's the rivalry of Wise over Wits !

What am I talking about ? ... The rivalry between Doctors and Lawyers !

The annual Doctor - Lawyer ball at the end of the year stands as a silent witness for it. Where we (the lawyer) men look at the Doctor ladies and go "oooooohhh....... fetish piece of ass... let's fuck em" .. while the lady docs look at us and say "RUUUUN.. here comes the WOLF pack"....

Ironically.... it's also the place where the Doctor MALE's look at the lady lawyers and go "oooohhh... wits of ass all around... let's fuck em" ... for which the Lady lawyers say "RUUUUNNN... here's comes the IDIOTS" ...

Ok, saying all that.. let's get into the real topic of this entry.

I am branded as a lunatic ! ... Really.. I mean for REAL ! by a motherfucking DOCTOR ! can you believe that ?

The story which lead to the whole issue of this branding is long and twisting..... but if I were to index the so called "Road to Eden" on my account of events.

I have an addition of sex ! yeah !.. no surprise there ! .. but be noted that it's not "SEX" that I am after ! anything that's ranging from the uncontrollable desire to rape a woman to the minor yet uncontrollable urge to stare at each and every woman is branded as an addiction for sex (shhheezzz.. yeah.. doctors and their fucking definitions !.. a guy can't even stare at a woman's ass without some dick head doctor branding it as a sickness and giving it a name like "hyper-ass-mania" or some bullshit like that)


I never knew I had this sort of a problem.. let along imagined that I would need to really go and see a doc about it. But, there was a time when Nash_Node had a beautiful girl by his side ! (sigh) .. a woman to be more factual.. and she was someone (or the only one of many....many..many) that Nash_Node actually fell head over his heels in love. To be the sissiest of all, Nash_Node even went far into roaming the fantasy world of marrying her and having children..a.k.a A FAMILY !

Yet, whole of that beautiful world came to a nose dive crash when she left Nash_Node... even without a skipping a heart beat. Nash knew that he cannot blame her ! .. after all.. she had a son of her own ! (yeah.. ok.. complicated story.. but she went back to her own country cause of her son)

After which... I = Nash had a complete break down ... a complete deadpool.. a complete blackout of feelings, thoughts and emotions at an insurmountable proportions. I left the house which she and I lived.. took another place for me ! .. I shied away from the world at large for a considerable amount of time... it took time to get back on the feet. Here I must mention "malee" whom never seemed to be tired of listening to my bitching about my life and who was always available with a shoulder to pour my self over ! (which is exactly why I am in her blog contributing... the least I can do for the time she had to listen to all my bitching)

I must confess the matters got worse with the time... and something had switched ! .. and that switching made things worse and seriouse. I was going at 200 kmph at woman ! .. lolz !

Not in a car... emotionally and physically ! after about 3 months... I even stopped my close and incredibly friendly relationship I had with Malee... cause I was scared that I would go hit her as well ( lolz.. ok.. dude... malee.. now you know why I stopped talking to you over the IM and basically dissipated into thin air for a long time.... even now come online or talk to you when and only it's needed... casue.. as a friend.. you are more precious to me than many)

So... yeah.. that was my problem (though I never accepted it as a problem) .. for the last 1 year, I have lost the count of woman I had been with (no prostitutes). The worst part is... non was emotional. ! everything was raw and physical.. almost of the basic animal fury !

And the amount of emotional pain I might have bought upon all those poor woman is just incredible.. and I am seriously going to pay for all that someday by some mean one way or another.. I know !

She forced me to go see a doctor..... obviously she sees her boy wasting his life trying fill a void that was left open by another woman !

and I was given a drug... yeah.. a DRUG to control my emotions in the brain !

Do you know how fucked up it feels ? .... you take a pill in the morning to fuck your brain.... instead of you fucking someone else !

HOW bloody fucked up things can be? ... shit man.. I tell ya... complete utter shit feeling !

Now I... take a pill.. each day in the morning for an expected duration of 1 year to cure me !

So the ultimate question is.. had it have any effects?

Apart from the apparent loss of appetite... I am yet to see a solid difference in me !